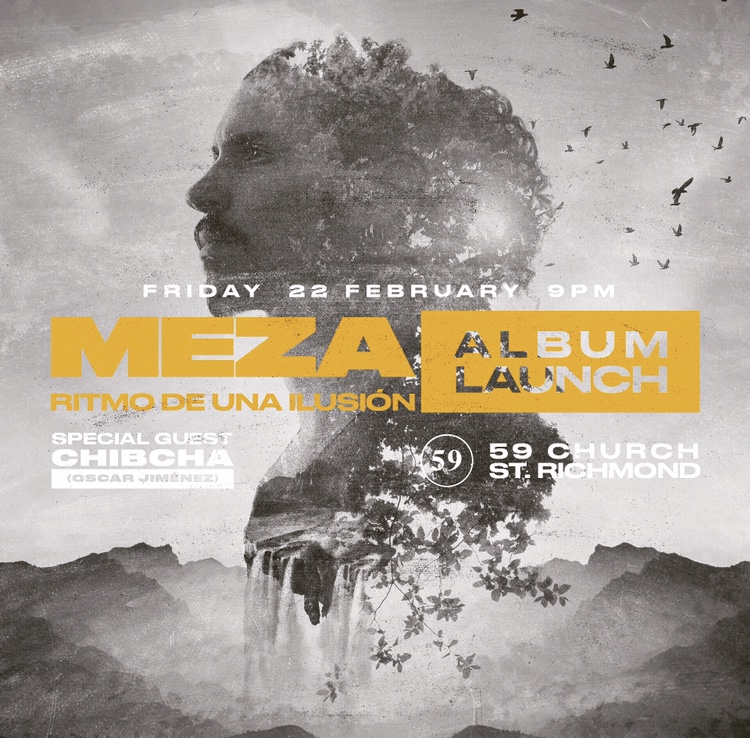 MEZA started as a solo artist as a result of exploring many different influences and rhythms after arriving in Australia. Colombian artist MEZA brings a very unique and peculiar sound, mixing reggae with Colombian roots music. Not only he has this fresh fusion of sounds with a notorious Latin flavour, which makes you dance, he also addresses issues of social struggle and brings meaningful messages, manifesting consciousness and love through music. Always aware of the reality of this upside-down world and sincere to his sensations, MEZA transmits words of freedom, peace, love and unity in his themes.

Meza will perform his songs beside amazing musicians from various bands, such as Quarter Street, AMARU TRIBE, Ella Trinidad, The New MonoS, San Lazaro and more!

The event will start with Sebiticas (Sebastian Lugo), playing his acoustic set, followed by Oscar Alfonso Jimenez with his project Chibcha (Caribbean and electronic beats fusion). Meza will finish the night presenting his debut album live.

Come and fill yourself with all the love that this artists are putting on this project!